Superyacht fuel: The transition to a sustainable future

From the beginning of yachting, one constant factor over the decades has been the use of the internal combustion engine, using a form of gasoil (or diesel) as its fuel. There have been some exceptions, like the use of gas turbines, but 99.9% of the current fleet are using diesel as their primary fuel on board.

This article is a shortened version of an article written by Chris Warde (Peninsula Yacht Services). Read full article on Yachting Pages >

When you consider the efficiency and power output of the engines and generators used on yachts, along with their size and the volume of the fuel tanks required to carry sufficient fuel to provide the required cruising ranges of a modern superyacht, it is easy to understand why we currently see so much parity when it comes to propulsion and fuel. However, as the world moves away from fossil fuels and towards a more sustainable future, yachting faces the largest change in its history, - the need to move away from diesel.

The evolution of fuel

Unlike yachts, which have the potential to stay in circulation indefinitely, the average useful life of a commercial shipping vessel sits around 25 to 30 years, meaning achievement of the 2050 emissions target will largely depend on the ships designed and built today. However, future fuel solutions like ammonia and methanol are not currently matured, or scalable over the short term. A combination of technical and operational measures, innovations, as well as the adoption of available renewable fuel, is needed for decarbonisation of the shipping industry to move forward, while evolving and adapting as future fuel solutions mature.

Biofuel is seen by many as the answer to meeting the emissions target, especially in yachting. Produced from renewable sources, it has a smaller well-to-wake emissions carbon footprint when compared to hydrocarbon diesel fuel. It can be stored, transported, and used in the existing system and engines with minimum or no modification. It’s already available in the market and blending biofuel into hydrocarbon diesel fuel to reduce the carbon emissions of the consumer has become relatively common. As more governments incentivise or mandate inclusion of biofuel in their energy mix, it’s inevitable that the push for increasing use of biofuel will continue. 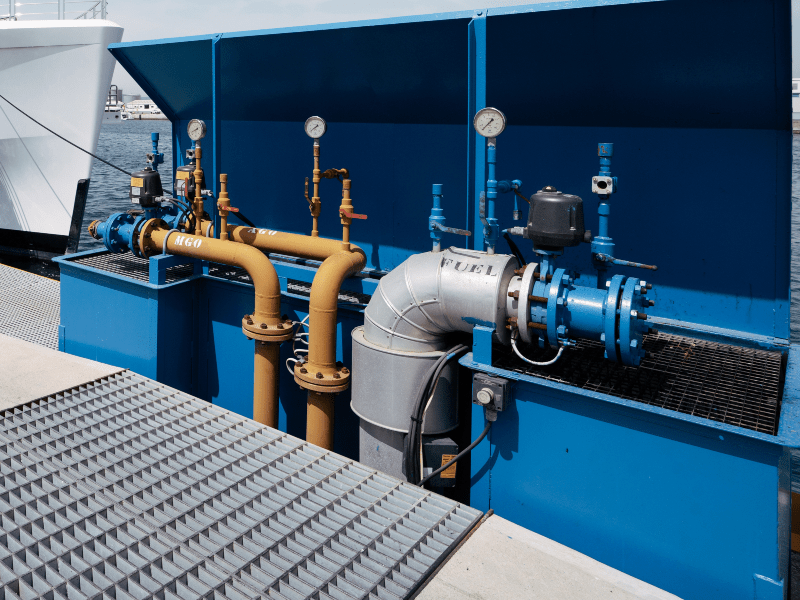 In yachting we are lucky to have the pioneering owners that are prepared to push the envelope of innovation. Whether for personal pride, or a genuine desire to help develop the next generation technology that will become commonplace on yachts of the future, there has always been a select band of superyacht owners that are prepared to take risks and introduce technology that has never been seen on yachts. The evolution of fuel and propulsion systems is no different. Most of the major leading superyacht yards have announced plans to build some form of hydrogen-powered yachts, or indeed are already building them. Due to the energy capacity of hydrogen in its natural state, most are looking at some form of fuel cell, reforming hydrogen from methanol or similar.

This type of innovation is undoubtedly important for the progression of the technologies that will be needed to achieve the longer-term goals and net zero, but in the short-term there is not the infrastructure in the supply-chain to support scaled production of these fuels. It is easy to get distracted by press releases from shipping powerhouses like Maersk or CMA-CGM announcing that they are developing ships to run on methanol and therefore assume that there will be a plentiful supply of fuel for methanol-powered yachts. But the unfortunate truth is that yachts don’t bunker in the same way that container ships do, and it is not a big enough industry on its own to warrant custom development of a supply infrastructure just for yachts. Unless there is a demand from another industry or market for methanol to be supplied by truck, the small-scale distribution yachting requires may never materialise to fuel these innovative new yachts.

Biodiesels, on the other hand, will be able to be used in the land-based diesel engines and generators that are also currently burning traditional fuels. Therefore, we are likely to see an evolution of the traditional diesel supply chain network that will serve the transition of land-based consumption. In the short-term at least, it’s more believable to expect to see the emergence of a biodiesel distribution network that could sustain the superyacht demand than the introduction of a completely new type of fuel. In the long term, if the current trend of electrification continues ashore, the number of truck suppliers will naturally decrease and demand waivers, leaving yachting more exposed to a potential shortage in available suppliers.

The markets' view on biodiesel

One of the most common biofuels used today is Fatty Acid Methyl Esters (FAME), also known as biodiesel. Other acronyms are also used depending on the feedstock, such as Rape Seed Methyl Ester (RME), Soybean Methyl Ester (SME), Palm Oil Methyl Ester (PME) or Used Cooking Oils Methyl Ester (UCOME). It is produced in a process known as transesterification, where vegetable oil or fats react with alcohol to form esters. The ASTM Standard Specification for Diesel Oil, ASTM D975, allows up to 5% FAME to be blended into the fuel and the European specifications EN590 allows up to 7%. As more operating experience was available on the use of FAME in conventional automotive diesel fuel, as well as on the use of distillate fuels containing FAME on board ships, the latest revision of the marine fuel standard, ISO 8217 released in 2017, had introduced a biofuel DF grade permitting up to 7% of FAME to be blended into marine distillate. The “de minimis” FAME limit for other non-biofuel grades was also increased from 0.1% to 0.5%.

Annex A of the ISO 8217:2010 International Standard states that while FAME has good ignition and lubricity properties together with perceived environmental benefits, there are potentially specific complications with respect to the storage and handling of distillates with a FAME component in a marine environment. These include:

These complications have given FAME a bad reputation in yachting. The oxidation and affinity to water, leading to the greater risk of microbial growth, mean that many yachts will avoid FAME completely given the chance. The engine manufacturers are still assessing the effect on components such as hoses, gaskets and seals to see whether prolonged use of a higher FAME content fuel would cause issues. There is also, of course, the long-term storage issue, meaning single-season yachts or yachts in a prolonged yard period would either need an alternative fuel or a far more intensive fuel cycling and polishing regime for periods of inactivity.

While FAME diesel blends can be used in machinery and storage systems designed for conventional diesel fuel without problem, precaution and measure will have to be taken to manage the specific properties of the FAME components. Read more about change in fuel management > 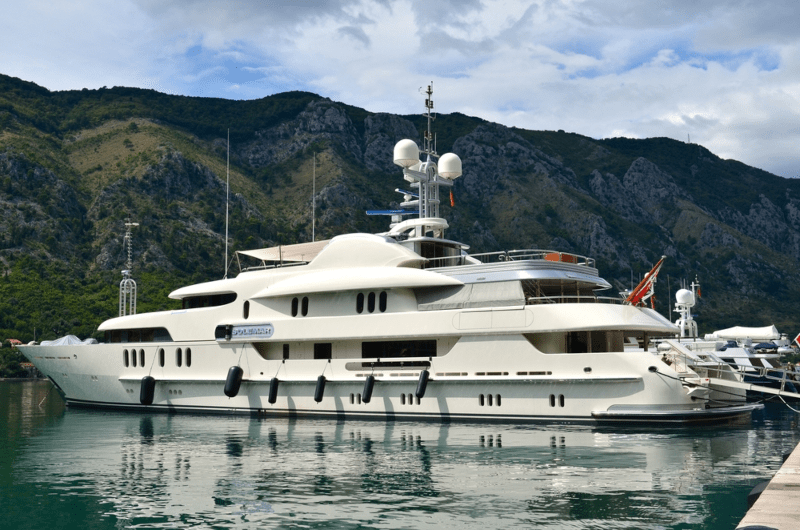 Hydrotreating is an alternative process to produce diesel from biomass. Hydrogen is used to remove oxygen from the triglyceride, creating hydrocarbons which are similar to the fossil diesel fuel components. Unlike FAME, additional chemicals like alcohol are not required and the all oxygen from the vegetable oils are removed in the process. Hydrotreated Vegetable Oils (HVO) are commonly referred to as renewable diesel or green diesel to distinguish from Fatty Acid Methyl Esters (FAME), or biodiesel. Figures published by the Renewable Energy Directive 2009/28/EC (“RED”) show that life cycle greenhouse gas emissions of HVO are slightly lower than those of FAME if both are made from the same feedstock.

The characteristic of FAME is known to depend on its level of saturation, properties of the feedstock and the process of production. This can potentially limit product availability especially for application in cold climates. In comparison, the properties of HVO have many more similarities with high-quality sulphur-free fossil diesel fuel, making it a much more suitable alternative for yachting. Cold flow properties of HVO can be adjusted during production to meet the requirements of cold-water cruising, with a CFPP (Cold Filter Plugging Point) of as low as -20oC. With no issues for stability, water separation, microbiological growth or impurities causing precipitation above cloud point, HVO can be used in diesel engines without blend walls or the modifications required for biodiesel.

There is absolutely no doubt that yachting must be part of the maritime industry’s progression to net zero, but by no means is it going to be an easy transition. Superyachts, by nature of the operation, have a unique set of requirements and operating parameters. The way in which superyachts are run and used creates some unavoidable differences from the operation of the commercial shipping fleet. These differences will create challenges that the yachting community needs to work together to resolve. We are at a critical time of development; we need variety in concepts to ensure we are exploring all the possible future solutions, but we also need consolidation in final production.

For decades all yachts have used fundamentally the same propulsion systems, burning the same fuel and, as a result, have been able to source their fuel anywhere in the world. Should we create a future fleet that requires a variety of fuels, we run the risk of fragmenting the fuel supply infrastructure so much that yachts will no longer be able to cruise wherever they wish.

As the industry moves towards a more sustainable future, it is more important than ever that we see cooperation among manufacturers and consolidation in technology to ensure the freedom of global cruising grounds remains the appeal that underpins the industry.