Non-toxic antifouling, the future is here!

It’s that time of year again, or at least in the Northern Hemisphere it is.

Walk around any marina, and you’ll be vividly reminded by the overpowering smell of solvents wafting on the breeze, that dozens of boat owners are now busy with the job we all hate, but often have to do…. The dreaded antifouling application!

In this month’s issue of Practical Boat Owner magazine published in the UK, there is an article by Huw Williams entitled ‘Fouling Away’, which starts with this introduction: “Scraping, sanding and pressure washing boat hulls creates toxic effluent that is being dumped, untreated, into the sea every day of the year!”

The writer argues that for too long our industry has overlooked the harmful effects of antifouling on our environment, and points out that many marinas, yards and boat owners can do much better with their efforts to contain and dispose of toxic waste.

Last year we published some information via METSTRADE about the future prospects for changes in antifouling formulations. This pointed out that restrictive regulations on the use of biocides in paints, could well make antifoulings less effective. This in turn, may result in increased carbon dioxide emissions, and proliferation of invasive species being transported between regions on fouled hulls.

So, all things considered, it’s clear that the future of antifouling has to be less toxic, and more effective. Also very clearly, no boat owner can be happy about poisoning the oceans!

Innovation is already pushing the boundaries

In response to our article we heard from quite a few companies and individuals who are offering alternatives to the traditional antifouling paints, and focusing on non-toxic solutions as way of preventing underwater fouling. These included for instance; ultrasonic systems available from several providers, innovative covers that basically enclose the hull or stern gear, thus keeping the fouling at bay when the boat is moored, and an adhesive film coated with silicone called MacGlide.

At this year’s HISWA Boat show held in Amsterdam last month, an independent jury awarded the Product of the Year accolade to Finsulate, another innovative non-toxic solution designed to prevent bio fouling on boat hulls.

The product was invented by Dutchman Rik Breur, who was studying settlement mechanisms of marine species such as mussels and barnacles, as part of his PhD thesis at Delft University of Technology in Holland, when he came across the idea.

Rik came to realise that nature often provides us with the best solutions to our everyday problems, by observing the way that living organisms protect themselves from attack. He then started development and trials with a unique self-adhesive film for application to boat hulls, which is now fully proven in real life situations and patented. The Finsulate film is covered in fine nylon hairs, which keep the fouling at bay by not providing a surface that it can stick to, and it remains effective for over five years. Quite simply, this is a defence mechanism which functions in much the same way as the spines on a sea urchin, and also works very well on several other aquatic mammals. 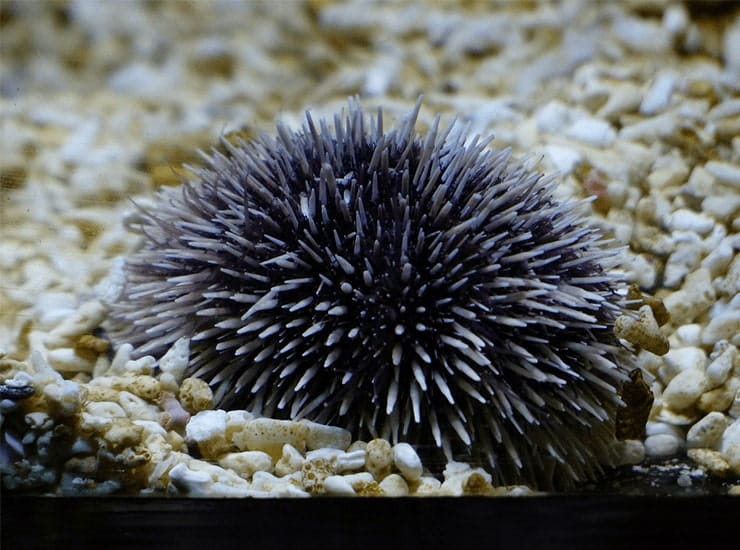 Not 'one size fits all!'

The other important thing that Rik took some time to study, is that fouling happens very differently depending on the particular usage of the boat. Boats that are moored without being used for long periods develop much more bio fouling than those that are used regularly, and higher speed vessels also exhibit different fouling characteristics.

So as Rik says, “various circumstances require various products, and that’s why we have optimised our products for different types of vessel usage.”

Proven in practice and approved

The Finsulate product is type approved by Lloyds Register as a “Recognised TBT-Free Antifouling System’, in compliance with the IMO International Convention on the Control of Harmful Antifouling Systems on Ships.

This follows a number of successful long-term trials which were intentionally carried out across a range of vessels being used in very different circumstances and marine environments. These included:

All reported no fouling and no effect on performance, with easy cleaning of accumulated organic debris using a pressure washer.

Related content:
Antifoulings and the environment: a complex future