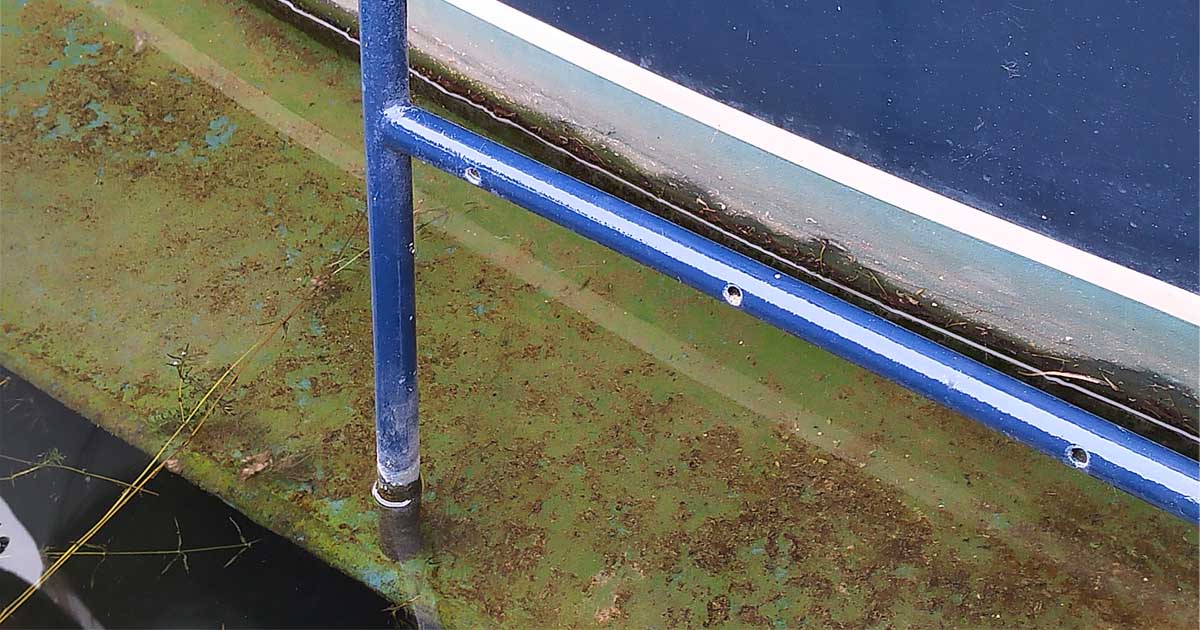 The technological and educational challenges of marine biofouling

For the last few years, as part of our Sustainability Panel Discussion series at METSTRADE, we have focused on various aspects of Ocean Conservation. As part of this, we have provided a platform for sharing information and actions around the threats posed by marine biofouling. This phenomenon has become much more widely acknowledged since the launch of the IMO GloFouling Project back in March 2019.The first-ever globally coordinated effort to address biofouling from shipping, and from all marine sectors including recreational boating.

Now into year 3 of an initially agreed five-year project period, the objective is to research and collect data, educate on preventive measures, and to develop best practices for reducing the transfer of invasive aquatic species, by implementing improved biofouling management.

According to the scientific community, climate Change, plastic pollution, and loss of biodiversity are all equally damaging to the environmental sustainability of our planet, and highly interrelated with the need for maintaining a healthy ocean environment. So, this one is right up there on the priority list, and many organisations have become involved in a globally coordinated joint effort over the last couple of years.

Definition of biofouling and its main threats

Biofouling is a collective term for the accumulation of all kinds of aquatic organisms on surfaces and structures that are immersed in or exposed to the aquatic environment.

Broadly speaking the threats can be categorised as follows:

As with many environmental threats, there is also a price to pay for the owners of the asset, in our case a boat. Therefore, anything we can do to help the environment by reducing the impact of biofouling, can also translate into a cost saving for the owner or operator of the vessel. Biofouling on the hull leads to higher fuel costs, in addition to increased CO2 emissions, as engines must work harder. And when it affects water inlets and engine cooling pipework, it leads to breakdowns, safety-at-sea issues, and higher maintenance costs.

Then there is the ever-increasing threat to the balance of biodiversity in our oceans and waterways. One of the main causes of this, is literally the transportation of species on the hulls of vessels; from one area where they naturally belong, to another where they have not previously existed. Therefore, they are invasive, and sometimes they out-compete their indigenous counterparts for survival.

Biodiversity and the negative consequences of unbalancing it

What exactly is ‘biodiversity’ and what are the negative consequences of unbalancing it? Biodiversity is the ‘variability among living organisms from all sources, including diversity within species, between species, and of ecosystems.’ (Source: UN 2020. Sustainable Development Goals.)

Biodiversity is inextricably linked to services and processes on which society depends, such as the availability of food, clean water, pollination and climate regulation. Businesses also depend on biodiversity for the procurement of goods and services, the economic value of which has been estimated to range between USD 125 and 140 trillion per year. (Source: OECD 2019. Finance and the Economic and Business Case for Action.)

Actions taken by the boating industry

Firstly, some of the organisations that have been participants at METSTRADE over the years, have joined the IMO GloFouling partnerships project. This includes for instance, World Sailing, European Boating Association (EBA), and ICOMIA who have been our partners for running the Sustainability Forums at METSTRADE since 2015.

Many other international marine industry associations have joined the partnership, such as The Royal Institution of Naval Architects, International Chamber of Shipping, American Bureau of Shipping, and Det Norske Veritas / Germanischer Lloyd. Also, several Environmental NGOs including, International Union for Conservation of Nature (IUCN), and International Ocean Institute.

ICOMIA represents many national Marine Industry Associations, such as HISWA in the Netherlands, British Marine in UK, and NMMA in the USA. Within its structure it has several technical Working Groups covering a variety of subjects. One of these is specifically focused on antifoulings and is supported by several members who are paint / coatings manufacturers.

The quest for improved antifouling controle

In relation to the GloFouling project this technical group are constantly reviewing and updating the data across a wide spectrum of topics related to the quest for improved antifouling control. These include monitoring of the biocide content regulations, which have a direct influence on the efficacy of an applied antifouling coating. Whilst biocides can be harmful to the marine environment, too much reduction of them can allow an unacceptable amount of fouling to attach to the hull. So, in fact, this can also be harmful to the environment due to its impact on biodiversity

Therefore, an environmentally acceptable balance must be achieved in the coating formulations, and combination solutions using other non-paint methods such as ultrasonic fouling control, and various ‘non-stick’ surface treatments should all be considered, along with more efficient and regular hull cleaning methods.

Ultimately these conclusions all depend on several variable factors, such as hull and underwater appendage configuration, and area of operation for the vessel(s) in question. For instance, the Baltic Sea compared to the Mediterranean has completely different environmental conditions, thus resulting in fouling outcomes that may not require identical controlling factors. The overriding conclusion being that there is no ‘one size fits all’ solution to such a complex challenge.

Design of marinas and harbour as a contributing factor

Amongst other factors contributing to the improved control of biofouling, the ICOMIA Antifouling Work Group are also studying and reporting on the design and layout of marinas and harbours designated for recreational craft, and the consequences of those parameters on fouling build up.

Considering the fact that a large percentage of recreational boats spend most of the year tied up in a marina, there is a detailed study into the combined factors of overcrowding, water depth and water exchange volume. These conditions have been shown to vary greatly between different locations and will therefore have an equally varying influence on the growth of fouling. Ultimately some guideline recommendations should be available for marina development projects taking these factors into consideration, in order to enable better control of biofouling.

All of this and more, in greater technical depth than I have covered it here, will be accessible by marine industry professionals, and the boating public at large, via a series of workshops organised by ICOMIA at several boat shows over the coming months.

Including of course at METSTRADE in November, so look out for more details on content and speaker profiles. More about this soon!